How do Bacteria Become Antibiotic Resistant? 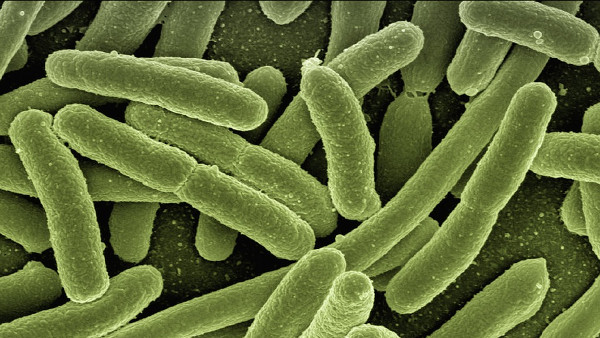 Alexander Fleming’s discovery of penicillin revolutionized medicine. It gave doctors a powerful tool for fighting bacterial infections and saving countless lives. Unfortunately, over the past century, antibiotics have become less and less effective as antibiotic resistant strains of bacteria have arisen.

Bacteria are single celled organisms. They are among the oldest living organisms on the planet. Bacteria come in a wide range of sizes and shapes. They are typically between 0.5 and 5.0 µm in diameter – cells in mammals are typically 10x larger.

Other antibiotics target other differences between bacteria and mammalian cells. For example, tetracycline disrupts the protein building mechanism in cells. It affects all cells, but mammalian cells are less sensitive to its effect than bacteria.

Bacterial resistance to antibiotics is one of the best examples of Natural Selection (often called Evolution) in action.

Like any organism, bacteria are not 100% uniform. There are small differences between each bacterium. In a population of humans, there are differences in height, weight, hair colour, etc. The same with a population of penguins. Most differences are insignificant. It is the same with bacteria. Bacteria have very similar structures and metabolic processes, but there are small differences among them. Most bacteria will be very susceptible to the antibiotic, but some may be less susceptible (or, more resistant).

This chart shows an example of what happens to a bacterial population when an antibiotic treatment is properly followed: 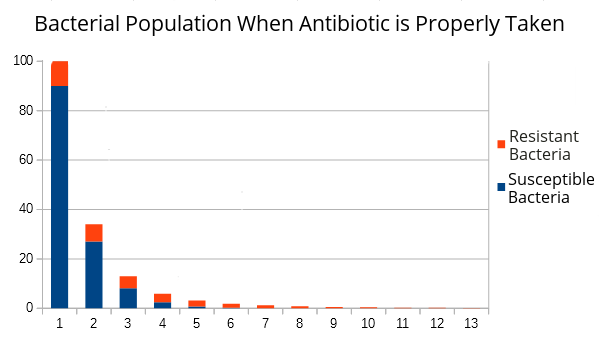 This chart shows an example of what happens to a bacterial population when an antibiotic treatment is incorrectly followed: 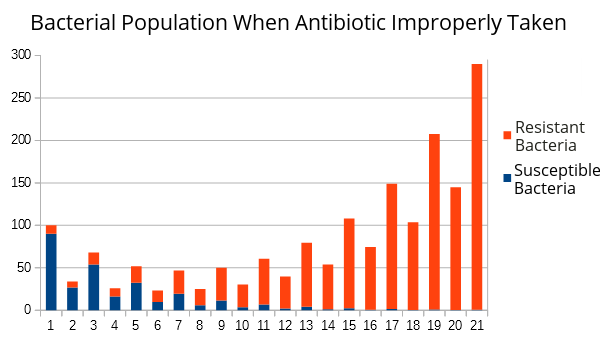 Bacteria are typically between 0.5 and 5.0 µm in diameter.

Antibiotic resistance in bacteria is a prime example of Natural Selection.

Incorrect use of antibiotics leads to the development of "superbugs"