How Do Solar Cells Work? 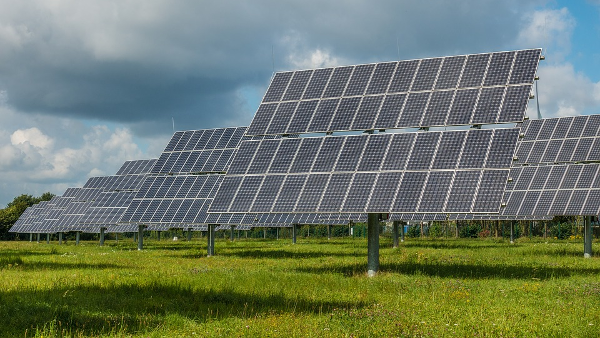 Atoms consist of a nucleus made up of protons (positively charged) and neutrons (no charge) surrounded by electrons (negatively charged). The electrons are in specific locations called shells. The outermost shell is called the valence shell. There are between one and eight electrons in this outer shell. In general, atoms combine by sharing electrons in such a way that they completely fill their valence shell. 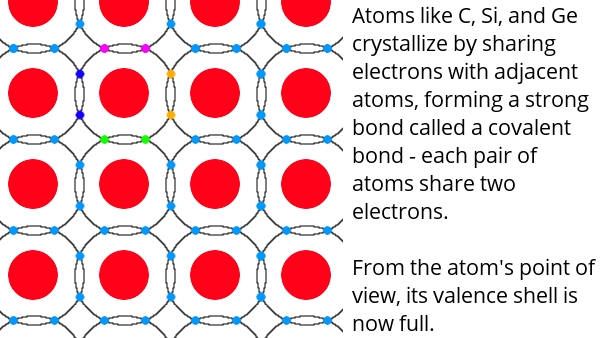 Electricity is just the flow of free electrons – electrons which are not bound in the valence shell. 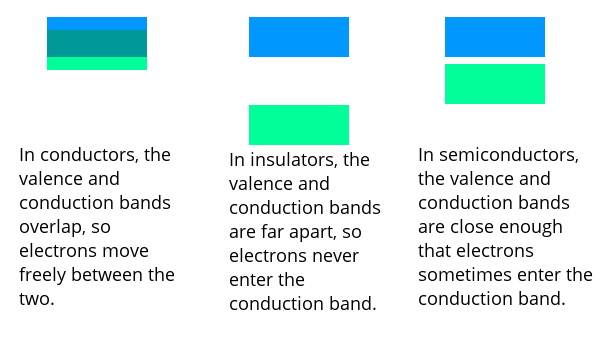 In semiconductors, the distance between the valance band and conduction band is very small. Sometimes, electrons randomly move into the conduction band and are free to flow as electricity – if there is an electric field to move them.

Adding an element like phosphorus, which has five electrons in its valence shell, to the silicon crystal results in the extra phosphorus electron being weakly bound. This type of material is called n-type (negative-type) because it has an “excess” of electrons. 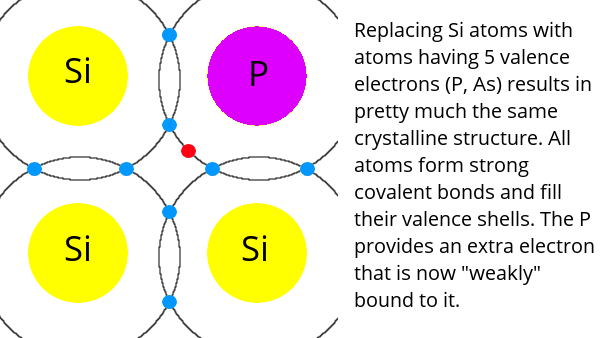 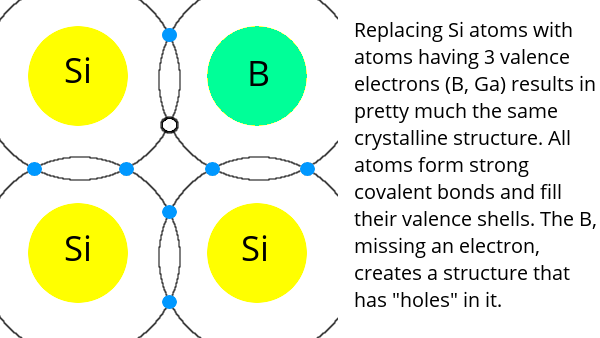 When n-type and p-type materials are sandwiched together, the “excess” electrons move to fill the holes. This creates a depletion zone. The n-side has a small positive charge (because electrons moved into the p-material) and the p-side has a small negative charge because it has an excess of electrons. This creates an electric field between the two materials – but not a flow of electricity. 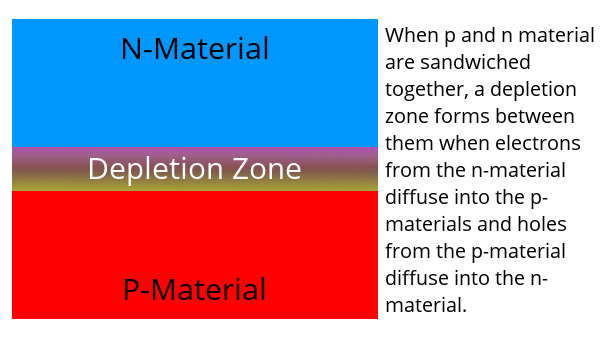 When a photon with enough energy enters the depletion zone and is absorbed by an electron in a valence shell, it will knock the electron out of the valence shell and into the conduction band. At this point, the electric field between the n and p material will accelerate the electron and it will move. Moving electrons are electricity. 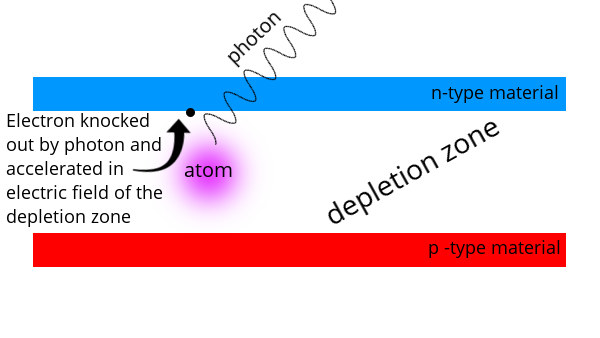 The outmost shell of an atom is called the valence shell.

Electricity is only generated in the depletion zone of a solar cell.

Electricity is simply the flow of electrons.