What Are Shooting Stars? 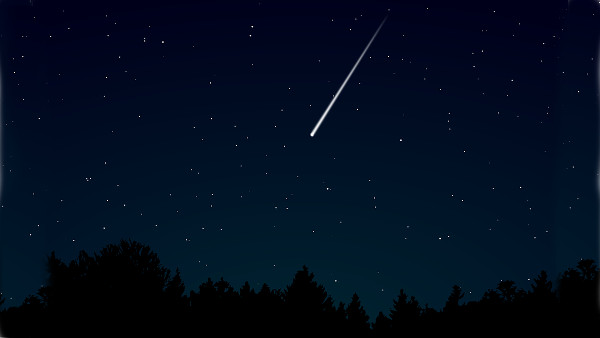 Shooting stars are also known as falling stars or fireballs – they are all meteors.

the light phenomenon which results from the entry into the Earth’s atmosphere of a solid particle from space.1

In other words, a meteor is what you see streaking through the sky. Objects enter the atmosphere all the time but they are more likely to be seen at night than during the day because they are not bright enough to be seen in daylight. The exception are fireballs which are meteors having a brightness magnitude of -4 or greater.2

The most common source of meteors are meteoroids. A meteoroid is:

In general, the upper size for a meteoroid is about 1m (3ft) in diameter, larger objects are considered asteroids.

When an object enters the Earth’s atmosphere, and its velocity is fast enough, it will heat up. This heating occurs because the air in front of the object compresses (think about how air gets hot when you pump up a tire because you are compressing the air). Depending on the velocity and size of the object, the compressed air can reach temperatures over 1600°C. At these temperatures the outer layers of the meteor begin to vaporize – a process known as ablation.

Most meteors burn up before reaching the surface of the Earth. If they make it to the surface they are called meteorites.

There are three related words:

A fireball is a meteor that is visible in daylight

Meteoroids, meteors, and meteorites are not the same things.