What Is a Blue Moon? 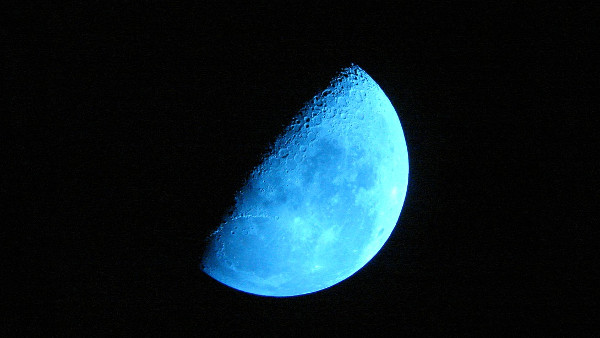 There are two meanings for Blue Moon. The older definition, which seems to have been forgotten, referred to the third full moon in a season when there were four full moons in that season. The newer definition refers to the second full moon in the same calendar month.

The time between one full moon and another is about 29-1/2 days1 and is called a Synodic Month.2

Seasons are measured between the solstice and equinox – approximately 91 days long.3

In March 1946, the American magazine Sky & Telescope printed an article by amateur astronomer James Hugh Pruett (1886-1955) titled Once in a Blue Moon in which he wrote:

This gives 11 months with one full moon each and one with two. This second in a month, so I interpret it, was called Blue Moon.

For some reason, his interpretation of Blue Moon stuck and most people today understand it to mean the second full moon in a calendar month.

The earliest reference to a Blue Moon occurs in an anti-clerical document written in 1528 titled Rede me and be nott wrothe, for I ſay no thynge but trothe4:

Originally, it simply meant “nonsense”, but eventually shifted its meaning to being something rare, uncommon or unusual.

Sometimes the moon can appear to be bluish This is a rare event and occurs when very fine particles (about 0.7μm in size) are in the atmosphere. They scatter the light and can make the moon appear bluish in colour. The most common causes are forest fires and volcanic eruptions.

Originally, a blue moon was the 3rd full moon in a season with 4 full moons

Blue moon comes from an anti-clerical book written in 1528