What Is the Difference Between Heat and Temperature? 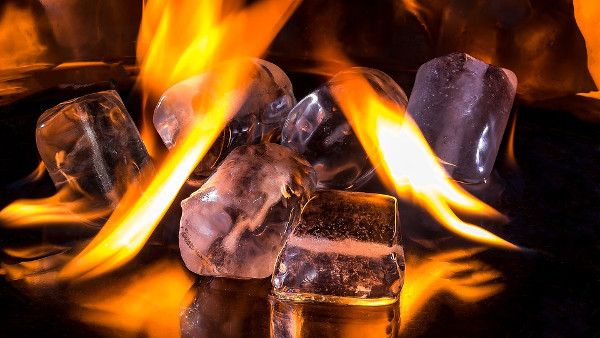 Temperature gives us a measure of the hotness or coldness of something. It is something we usually check every day – maybe even several times per day. Temperature is measured in degrees and the most common measurement is degrees Celsius or Centigrade1. These both use the same scale: pure water freezes at 0°C and boils at 100°C. The Kelvin2 scale is, generally, used in science. It has the same sized degrees but its lowest temperature is 0K3 – corresponding to absolute zero (the lowest temperature possible). Another commonly used temperature scale is the Fahrenheit4 scale – the degrees are 5/9 the size of Celsius or Kelvin degrees – pure water freezes at 32°F and boils at 212°F.

Heat, on the other hand, is a form of energy and energy is something which can be used to do work. It is measured in Joules5.

Antoine Lavoisier (1743-1794), proposed that heat was a subtle fluid called caloric which flowed, like water, from hotter objects to cooler ones. While the theory of caloric fluid is no longer accepted, we still talk of heat flowing from hotter objects (possessing more energy) into cooler objects (possessing less energy). The old measure for heat was the calorie which is still widely used for measuring food energy. The calorie is defined as the amount of energy required to raise one gram of water one degree Celsius6.

Temperature is a relative measure of the hotness or coldness of something and is measured in degrees.

Heat is energy and is measured in Joules (and sometimes in calories).

Heat is a form of energy

Temperatures in Kelvin omit the word degrees and the degree symbol