When Did the Roman Empire Fall? 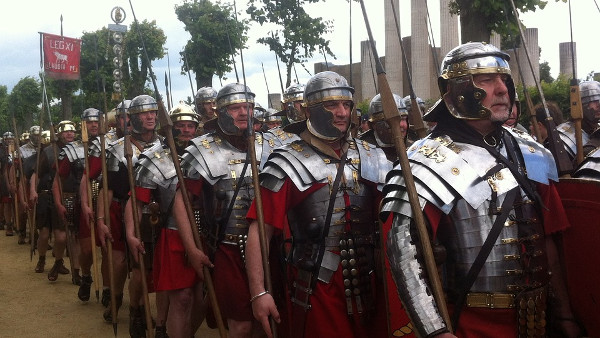 The assassination of Emperor Severus Alexander in 235 CE brought the empire close to collapse as a civil war raged for almost fifty years – in which at least 26 individuals laid claim to the title of Emperor of the Roman Empire. This is known as the Crisis of the Third Century. It was put to an end by Emperor Diocletian in 284 CE. Diocletian restructured the empire to have four co-emperors – known as a Tetrarchy (from the Greek tetra- (four) + -arkhia (rule)). This was not seen by the Romans as a division of the empire, but a practical approach to its effective administration. This was short lived.

In 330 CE, Emperor Constantine moved the capital of the Roman Empire from Rome to Byzantium. After his death, the city was renamed Constantinople and his three sons – Constantine II, Constantius II and Constans – ruled as co-emperors – returning, somewhat, to Diocletian’s recognition that the empire was too large to be effectively ruled from a single administrative location. The Roman Empire had multiple Emperors, the chief of which was located in the eastern city of Constantinople.

When Odoacer deposed the official Roman authority in Rome, he sent back the Roman standards signaling that the Roman Empire no longer had authority or control in the West.

The eastern half of the Empire became known as the Byzantine Empire and remained the continuation of the Roman Empire until the defeat of Constantinople by the Ottomans in 1453 CE.

Diocletian instituted Tetrarchic rule for the Roman Empire in 284 CE