When Was the Radio Invented? 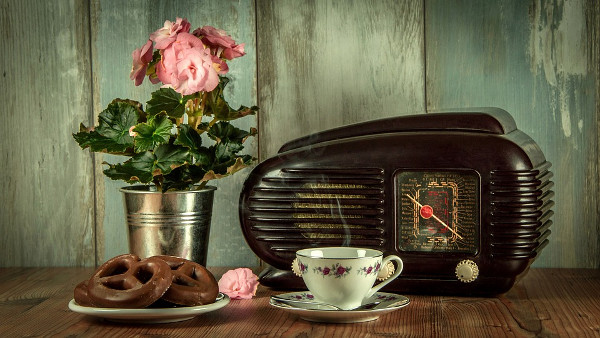 Guglielmo Marconi (1874-1937) is usually credited as the inventor of the radio or, at least wireless communication, the true answer depends on what you mean by radio.

Few inventions are the work of a single inventor. Scientists, engineers, and inventors build on the work and discoveries of others.

The modern radio is the result of many different pieces of technology coming together.

Before there was “radio” there was the telegraph. It was an important communication tool that was limited by its need for a wired connection. Many people worked on the problem of “wireless telegraphy”.

In 1880, Alexander Graham Bell (1847-1922) and Charles Sumner Tainter (1854-1940) had invented a wireless telephone. The phone used light to wirelessly transmit voice. They called it the photophone.1

Around 18872, Heinrich Hertz (1857-1894) experimentally showed the existence of the electromagnetic waves theorized by James Clerk Maxwell (1831-1879) in his paper A Treatise on Electricity and Magnetism published in 1873. Hertz wirelessly transmitted electromagnetic waves from a transmitter powered by a spark generator to a simple receiver. He didn’t pursue his work further because it didn’t seem practical – a lot of power was required to send a signal a short distance.

Hertz died in 1894 and Marconi read his obituary. The obituary mentioned Hertz’s work and Marconi was immediately convinced of its potential. Through steady effort, he was able to increase the range of transmission: 3 km in 1895, 6 km in 1896, and 120 km in 1899. In 1901, he claimed to have sent wireless signals 3500 km across the Atlantic Ocean.3

Marconi used a spark gap generator for transmitting. This was suitable for telegraph signals, but not voice.

In 1901, Reginald Fessenden (1866-1932) received a patent for a continuous wave transmitter. He made several claims for audio broadcasts, one as early as 1900, but there are no independant confirmations of his claims. In 1903, he developed a rectifier that was suitable for recovering the audio from an Amplitude Modulated (AM) broadcast – predating other rectifiers such as the thermionic diode (1904) and crystal detector (1904).

It is Lee de Forest (1873-1961) who is credited with the first radio broadcasts in 1907. One of the biggest challenges faced by radio at the time was the lack of amplification in receivers. Ironically, in 1906, de Forest developed the Audion – a device for detecting radio waves. In 1912, it was discovered that this device could be used as an amplifier.

Many more refinements occurred in the development of the radio, but the crucial components necessary for the transmission of audio by electromagnetic waves, and their reception and playback, were already in place by at least 1903.

People who weren’t around in the Twenties when radio exploded can’t know what it meant, this milestone for mankind. Suddenly, with radio, there was instant human communication. No longer were our homes isolated and lonely and silent. The world came into our homes for the first time. Music came pouring in. Laughter came in. News came in. The world shrank, with radio. – Red Barber

Triode invented in 1906, amplification capabilities not discovered until 1912.

In 1880, Bell invented a wireless phone which transmitted using light.