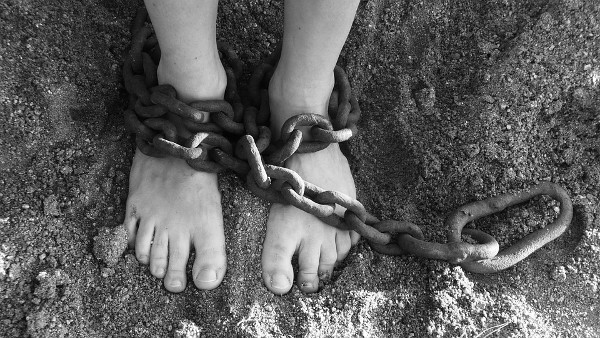 Spartacus was a Roman slave who, in 73 BCE, lead the most famous slave rebellion against the Roman Republic. It is known as the Third Servile War1.

Very little is known about Spartacus. What is mentioned by Greek and Roman historians is sometimes inconsistent or contradictory, but his story goes something like this:

He was a Thracian2 mercenary who became a Roman soldier; then a deserter and a bandit. Captured and sold into slavery, he was sent to a gladiator training school in Capua. In 73 BCE, between thirty and seventy prisoners, armed with kitchen knives, managed to fight their way out, seize several wagons of gladiatorial equipment, and escape. Among the escapees were Spartacus and Crixus.

They fled to Mount Vesuvius, about 50 km to the South, and hid there. A militia of 3000 men was sent to capture or kill the escapees. Mobilizing 3000 men takes time and it is reasonable to assume Spartacus and his followers fortified their position, raided nearby villages for supplies, and recruited, voluntarily or not, more men to their cause.

Under the command of Gaius Claudius Glaber, the militia blocked the only path from the mountain and waited to starve Spartacus and his men out. Using vines, the rebels descended the far side of the mountain, outflanked the militia, and systematically killed them. The rebels now had more weapons and armour.

A second force, under the command of Publius Varinius, was sent. Again, it is reasonable to assume Spartacus continued to grow and strengthen his rebel force before Varinius arrived. Varinius was easily defeated by Spartacus.

After these successes, the rebels grew rapidly to over 70 000 men. They spent the Winter of 73 BCE and 72 BCE training. They also expanded the range of the territory which they raided for supplies.

In the Spring of 72 BCE, the group split into two. Crixus and 30 000 men marched toward the province of Apulia and Spartacus headed northward toward Thrace. Spartacus’s army consisted of at least 60 000 men and some historians estimate it was over 90 000 men.

Learning that Crixus was killed, Spartacus forced 300 captured Roman soldiers to fight to the death in gladiatorial style games.

From the North, Gnaeus Cornelius Lentulus Clodianus, advanced against Spartacus with two legions. In the South, Publicola turned northward toward Spartacus and hoped to trap Spartacus between Clodianus’s legions and his own. Spartacus smashed Clodianus’s forces in the valley of Lentula and then turned southward to shatter Publicola’s advancing legions.

Marcus Licinius Crassus, with 8 legions, was the next to take on Spartacus. He chased Spartacus over the southern parts of Italy. Early failures and discipline problems among his troops had him revive the ancient disciplinary practice of decimation5.

He managed to trap Spartacus in Bruttium but a military mistake allowed Spartacus to escape.

In 71 BCE, Spartacus learned that the legions commanded by Pompey and Varro Lucullus were being recalled to assist Crassus. Knowing he could not fight on three fronts, Spartacus directly challenged Crassus. It is said he personally set out to kill Crassus and fought his way to the general but only managed to kill the two centurions guarding him. Spartacus’s death is not recorded, but Crassus killed every rebel he could. He crucified 6000 along the Via Appia and ordered the bodies to be left hanging as a warning to any who might consider rebelling against Rome.

Spartacus may have had over 90 000 men under his command

Spartacus's rebellion quickly grew from 30 men to over 90 000