Who were the Fates? 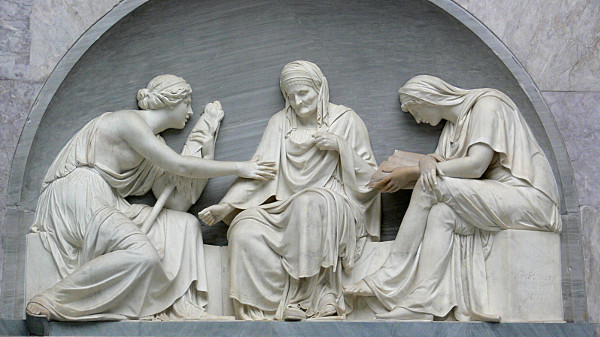 In ancient Greek and Roman mythology, the Fates are three goddesses who measured out the thread of life of every mortal from birth to death.

Their task was to spin a thread of life for each mortal creature. Into that thread they would spin all the good and all the evil that was apportioned to that person. The thread was cut at the time of death.

It was Klothos (Κλωθώ) who spun the thread, Lachesis (Λάχεσις) who measured it out, and Atropos (Ἄτροπος) who cut it. In Latin, their names were Nona1 , Decima2 , and Morta3 . 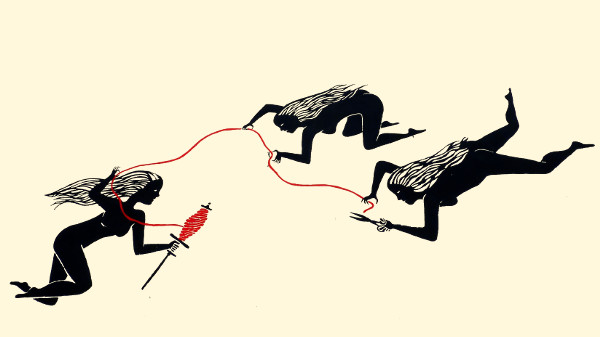 The Norns in Norse mythology parallel the Fates. They are three women who spin the thread of life of people. 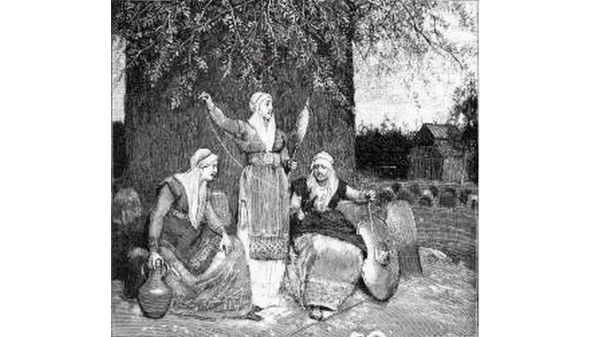 The three witches in Shakespeare’s Macbeth are probably based on the three Fates. 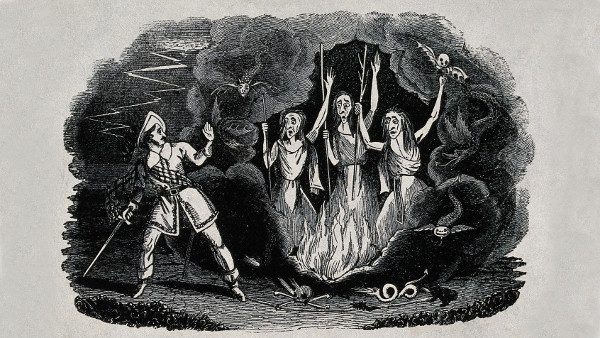 The Fates sang of the past, present, and future.

The three witches in Shakespeare’s Macbeth are probably based on the three Fates.

The Norns in Norse Mythology parallel the Greek Fates.