Why Do Eggs Break When Boiled? 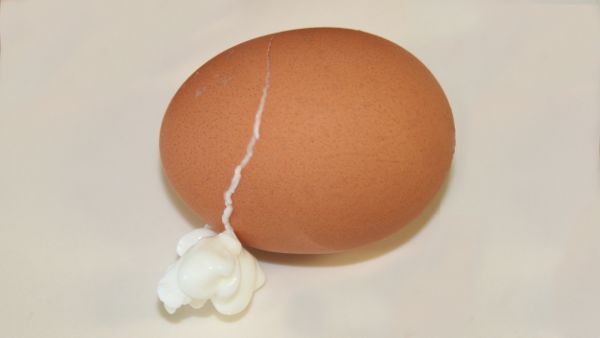 There are a number of reasons why eggs can break when you boil them.

The Shell May Have Been Cracked Before It Was Cooked

Even if the shell looks whole, it may already have one or more micro-fractures already.

The Shell Is Not Uniform in Thickness

Even if it is hard to see, the shell thickness is not uniform. Because the thickness is not consistent, some parts expand more than others and the resulting stress can lead to fractures. The greatest thermal stress occurs when a cold egg (from the fridge) is placed in boiling water.

There Is an Air Pocket in the Egg

There is a small pocket of air at the bottom of an egg. The air pocket tends to be larger in older eggs1. As the egg heats up, the pocket of air expands and applies pressure to the shell. The shape of the egg is very strong against compressive forces, not so much against internal expansive forces. 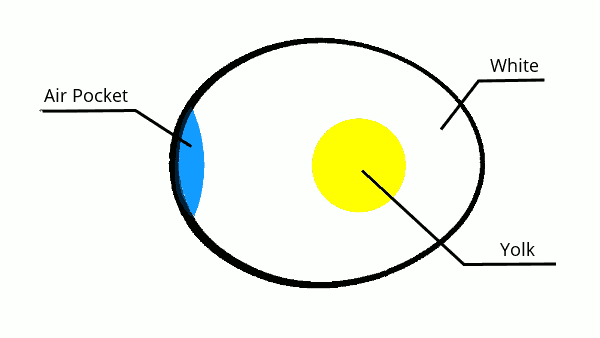 As the water boils, the egg is buffeted by the bubbles rising to the surface and causes it to knock about in the pot. If the boiling is very fierce the force of the egg hitting the pot can cause it to fracture.

Several things can be done to minimize egg breakage during cooking.

Placing cold eggs in boiling water can cause stress fractures.