Why Do Helicopters Have a Small Propeller on the Tail? 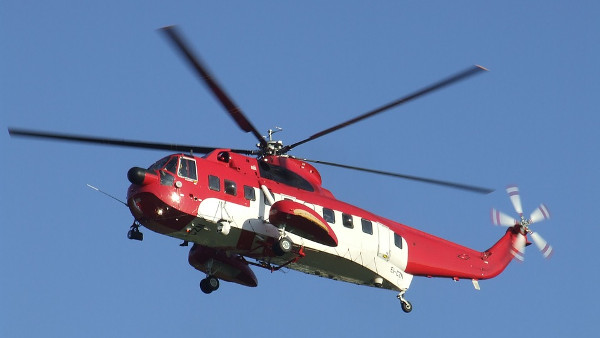 Your first thought might be that the small propeller (rotor) on the end is for steering the helicopter, but it’s not. It is there because of Newton’s Third Law: For every action, there is an equal and opposite reaction.

Let’s start with a simple example: a person pulling on a rope attached to a wall. 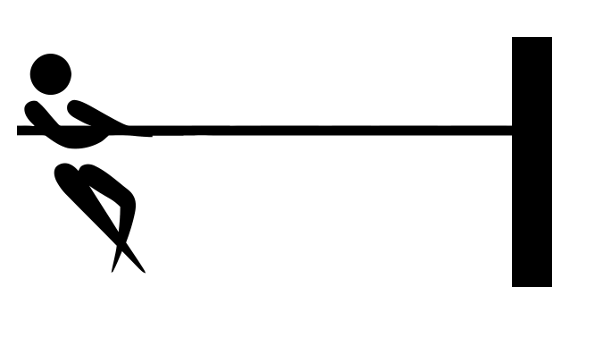 We can see this more clearly if we replace the wall with a person pulling in the other direction. It should be obvious that both persons are applying a force to the rope. In order for the persons to remain in the same position, they both must be pulling with the same force. 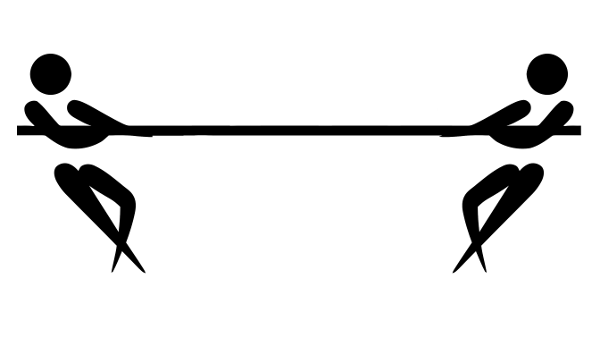 The small rotor on the side provides a force which counters the torque and keeps the body of the helicopter from rotating.

This isn’t the only way to counteract the torque. A second set of rotors blades rotating in the opposite direction of the first can also do this (called a coaxial configuration). In this case, two torques – one clockwise, the other counterclockwise – are being applied to the rotors and balance each other out. 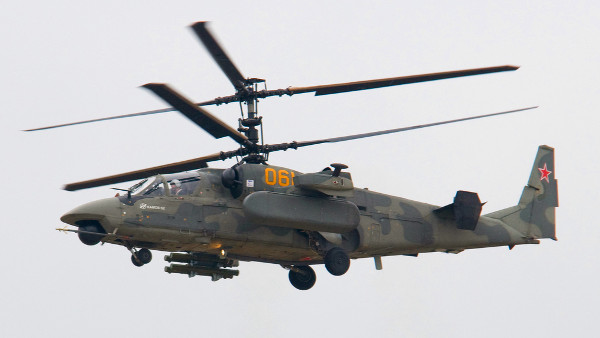 The tail rotor is a simpler design, but energy is wasted countering the torque. The coaxial design is more complicated but takes energy that would have been used to counter the torque and applies it to lift.

Coaxial rotors are often found on toy helicopters because it greatly improves the stability of the helicopter. 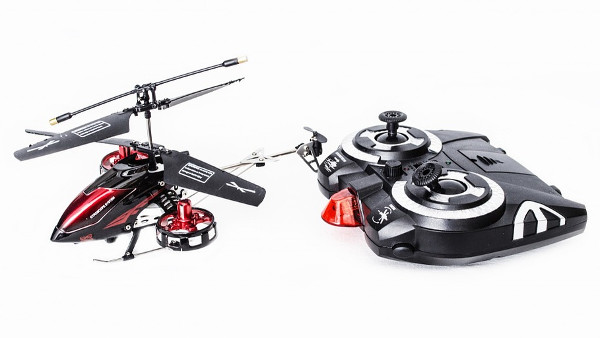 Torque is the name given to a force that causes rotation.

Model helicopters use "coaxial" blades because it greatly improves stability.